5 Signs You're A Victim of Founder's Syndrome 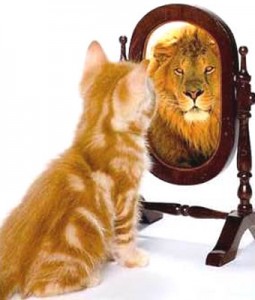 When it comes to nonprofit culture, no one is more loved or reviled than founders. Founders, for those of you unfamiliar with nonprofit vernacular, are the people who founded a nonprofit organization. They were part of the founding group, put in the blood, sweat, tears, mortgaged their lives (and in some cases their houses) and put their lives on hold to put an amazing concept into action. Without them, these nonprofit organizations wouldn't even exist. And we, as individuals, as nonprofit supporters, as a community, and as an industry, are deeply indebted to them.

BUT. (you knew that was coming, right?)

There's a point at which Founders become more hurtful than helpful. It starts slowly and easily enough. People make little jokes about founder-itis. Little jokes turn into employee whispers, whisperers find their way to the door, new ideas get stifled, and then, before you know it, there's no distinguishing the cause from the individual. So how do you know if it's time to start looking at succession planning? After all, certainly not ALL Founders have founder's syndrome. And everyone is entitled to an off day now and then. If only there was a way to know that your Founder has officially contracted the dreaded "Founder's Syndrome...

So this is no way a definitive all encompassing list, but when three of the next five scenarios ring true, you may want to seek some help.

1. Everyone can recite the Founder's story.

There's the legend and lore of everyone's organization. We all know the heroic story of Rosa Parks or Malala, and while we're sure your organization is great, they're no national hero. Of all of the major organizations in philanthropy, only one really bares the name of an individual person (and she died.) If the employee handbook, about us page and donor letters continually herald the Founder's vision, you're not running a charity as much as a biopic.

2. The Board and staff roster reads like a 'friends and family' invitation.

It's easier to get things done with your friends and family. After all, they are the people willing to show up and put the work in when "joe public" just wants to stay home. They don't complain about long hours! They love your long emails! And the best part? They almost never disagree. And for the friends - talk about job stability! It's a win-win! Except for the organization. Because friends and family organizations are less likely to be critical of the organization. Less likely to question anything from expense reports to impact statements. And that's the way that entrenched Founders like it.

3. There are too many plaques on the wall.

You know it when you walk into the office. There's too much on the wall - and we aren't talking about degrees. We're talking about awards the Founder has accepted, pictures of their face (again) with celebrities and politicians, political proclamations littering the walls. And by the way, that corner office is HUGE while line staff share donated cubicle space. We're not saying it's not deserved, but it's painfully obvious to everyone when the organization is more about the Founder than about the cause.

4. Failure is preferable to replacement.

We've had Founders come to us and try to ensure that their organization cannot financially sustain without them. Whether that means they personally own the intellectual property being used by the charity, or are storing all the vehicles on their personal property, they seek to ensure that the organization is indebted and tied to them. While our nation gets embroiled in an ugly job transition every 4 years, this person's term goes on seemingly forever, with NO ONE having the skills or work ethic to take it on. And should the organization try to change direction, there are bad Founders who would rather see it fail.

Actually, if you check this one, stop here and call us. Here's something we explain to Founder-led Boards quite a lot around here: donations do not BELONG to an organization to do what they please. Donation funds are public domain, stewarded by the Board of Directors in accordance with their mission and executed by staff according to the direction set forth by the Board of Directors. That's why you get the tax-deductible status. And that means that financial stewardship isn't just watching the bank balance, it means watching for mission-creep. It means that the Founder of your organization cannot just decide to start doing "other good things" of their own accord. Sure your organization was designed as prison re-entry, but now we're going to rescue ferrets too! Or, we're a homeless shelter, but we're also providing a business loan to Jean to start her own business! While these things are well-intended, when anyone starts feeling like your mission statement is "more of a guideline," they've overstayed their welcome.

HAVE YOU REALIZED IT'S TIME FOR NEW LEADERSHIP? OUR EXECUTIVE RECRUITMENT EXPERIENCE WILL KNOCK YOUR SOCKS OFF.
NEED AN ASSESSMENT OF YOUR BOARD, STAFF AND INTERNAL STRUCTURE? WE OFFER PERSONALIZED CONSULTATIONS.
STUCK ON WHERE YOU'RE AT AND DON'T KNOW WHERE YOU'RE GOING? LET US CREATE A DEVELOPMENT PLAN TO GET YOU GOING.
OKAY, YOU MAY HAVE A SMIDGE OF FOUNDER-ITIS, NOW WHAT? LET US HELP YOU BUILD A STRONGER BOARD

Did we miss a sign of Founder's syndrome? Think we're being too harsh? Tell us below.