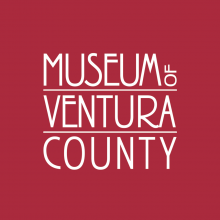 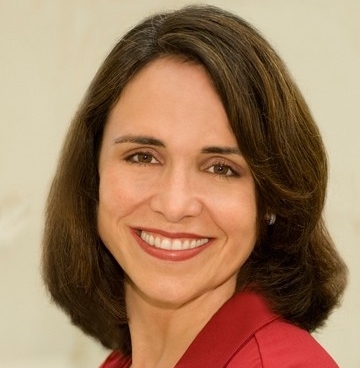 “We want everybody who goes to the museum to be contributing to the museum because that’s what we’re about. We’re about collecting stories so that later on, we can share those stories. You don’t have to be this important person, everybody has a story to tell." Elena Brokaw

In this podcast episode, Matt talks to Elena Brokaw, Executive Director of the Museum of Ventura County (and despite what her LinkedIn profile says, she is the official, not the “interim” director). The pair discuss why Elena loves working for nonprofit, how she and her team saved the museum from imminent closure, how working for Parks & Rec in real life is nothing like the TV show, as well as Elena’s ambition to be discovered as “Annie” when she was growing up on an avocado farm.

What I think makes a really good successful leader is somebody who can surround themselves by people who know more, right? Who can make you look good and then you can say that, "I don't know what to do. Let's do that together." That's amazing that you did that. People don't do that. In a very clear and concise way, how did you save the museum? What did you, as a group in April of 2017?

First what we did was we looked at all of the potential scenario. We were very, very, very clear about what was happening. Numbers tell a lot of stories, so people... I think, in non-profit world, we think of ourselves as passionate and energetic and everything. We don't think of ourselves as good sort of number crunchers, but we can actually be both. We looked at the numbers and we're very, very clear that there was no magic bullet that was going to come along. We developed six possible scenarios and we just took them away right? This combination of sort of usability studies, which was me going out and saying, "Hey, what do you think about this?" And people going, "Fuck no, that's a terrible idea."

We were looking at merging. We were looking at closing one of branches. We were looking at closing for two years and mall falling, we looked at all these things. At the end of the day, we're in a historic and art museum, right? And we have used historical documents and we went back we found this paperwork when Prop 13 happened in 78, before that we were 100% funded by the county. That was the key we went, "Oh my God, we used to be a complete government funded institution." And we've been banging on the door of the city of the county going, "You should give us money," which is not a good argument by the way.

But we were able to go back and go, "Okay, here is how this museum started. And here is the reality. We need five years of funding. We need over two and a half million dollars over those five years, because we've done a really bad job of handling our finances. If you don't give them to us, we will close. And if we close, it will be a big problem for you." That was not exaggerating anything. I got grilled publicly, and I had to stand up and I was able to say, because I really meant it, "Look, we've made mistakes. We know what the mistakes were, and I promise you, we're going to change. I want you to hold us accountable." I gave them 36 ways to measure our success. I said, in six months, if we're not meeting these, then you don't have to keep on funding us. One of them was like making a million dollars for the endowment in six months. It's more complicated than that, but that's what happened.

ARE YOU AN ANGELENO LOOKING FOR A NETWORKING GROUP?

Try The Exchange Los Angeles, a modern approach to networking.

BECOME OUR NEXT PODCAST FEATURE

Do you think you or someone you know in nonprofits would be a great guest on our podcast?

WANT TO SPONSOR US?

Have your company or product promoted on our next show!