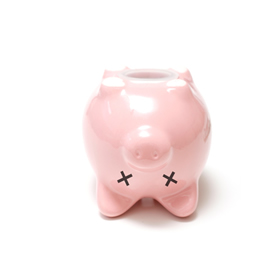 Can you imagine losing a $25,000 donation meant for your non-profit? The thought is cringe-worthy. In fact, it’s so uncomfortable you might be thinking, Well, I would never let that happen. But before you start making bold statements, listen up: The organization in question lost money by ignoring a phone call. Yes! This charity lost $25k because the staff didn’t return a phone call.

Most nonprofit workers are faced with a phone that rings off the hook and a full inbox. It can be tempting to relegate items into an "Important",  "Might Be Important", and "Probably Not Important " pile. Don’t make that mistake! This type of “time management” is exactly what lost the charity big bucks in the example above. We’ll tell you exactly how it happened, as well as five money-losing mistakes commonly made by non-profits.

Here’s how it went down: The charity that lost $25,000 received a voicemail from an interested community member. The call came in on an exceptionally busy day and the overworked staff put the message in a low-priority file, fully intending to get to it at a later date. You know, when things were calm. (Ahem. When’s the last day your organization had a day that was calm? Probably never, but this mentality is totally understandable. )

The potential donor called the Executive Director, routed to the ED’s assistant and the message relegated to the “Probably Not Important” pile. After a week, the potential donor called again, this time asking for the Development Director. Once again, the donor was routed to an assistant, who left a written message that was never returned. Finally, the potential donor contacted a different charity, received an immediate call back and was assigned to the board, where the donor committed to a $25k annual donation. Noooooo! (I mean, great for the other organization, but can you imagine?)

When it comes to a good cause, it’s important to remember that support can come from the least likely source at the least likely time. It is crucial to follow up on every lead, otherwise your organization could miss out on some big opportunities. Here are a few more mistakes that non-profits make that are practically guaranteed to send a potential donor running.

1. You have too many assistants.

No one likes to play phone tag. But phone tag with an assistant is even worse. If you have a bunch of volunteer assistants taking messages and making promises that you will call back, you need to do so – without the assistance of your assistants! Keep in mind that donors might imagine an assistant as someone willing to fetch you coffee on a whim. If you have too many assistants, it could give the impression that your organization has money to burn.

Are you always going for the hard sell like some used car salesman? Hitting up donors and if they don’t respond with an instant payout, giving the ol’ Peace Out and moving onto the next one? Slow down, Speedracer. If you haven’t heard the phrase Friendraising, it’s time to incorporate that into your vocabulary. Many donors like to take time to get to know an organization and see how it operates before handing over their hard-earned cash. Building long-term relationships can lead to much bigger donations down the road, so stop trying to turn and burn.

Remember that aunt who would send you ten bucks in a birthday card and get mad if you didn’t send a thank-you note? She was teaching you a critical, life-lesson that applies to fundraising as well. When it comes to charitable giving, etiquette is expected. Show your appreciation to donors with a simple hand-written note, an appreciative phone call or a complimentary invitation to an event. You don’t have to do backflips for each and every donation, but you should always be polite.

This brings us right back to the “Probably Not Important” pile mentioned above. Making assumptions is one of the quickest ways to get into trouble. Don’t assume you can rely on a major donor to lead a campaign just because they donated in the past. The opposite also holds true – Just because a potential donor has said no in the past does not mean he or she will not donate in the future. Don’t make assumptions, make the ask.

5. You have a Bobble-head Board.

Do you have a Board in place that is active in your organization, supporting campaigns, questioning initiatives and volunteering for activities? Or is your Board filled with bobble-heads that applaud every suggestion you make? Effective Boards are designed to identify inefficiencies and suggest corrections, as well as support campaigns and initiatives. If your Board signs off on everything without interest or discussion, it's time to start shopping around for a more inquisitive leadership.