Many people associate Thanksgiving with family, food comas and football. We like those things, too, but we also love the meaning behind the literal breakdown of the word: giving thanks.

That’s why at Envision we’re taking time all month to think of all the things and people for which we are grateful. Our list includes Bubble tea, Air pods, and the return of Christmas music (after Thanksgiving, people. After. Thanksgiving.)

But at the top of our list are the people whom we think have some of the most thankless jobs around, nonprofit Executive Directors.

Without further ado, here are five of the main reasons we are grateful for all the EDs out there.

1. BECAUSE THEY WEAR SO MANY HATS.

In one episode of I Love Lucy, when their car breaks down on a road trip, the gang is forced to stay the night at a hotel off the beaten path. Using the visual site gag of a literal “changing of hats,” it’s revealed that the bespectacled gas station attendant happens to also be the fire chief, the sheriff, the hotel clerk and proprietor. To us laypeople, that’s absurdist comedy; one person could never hold all those jobs! But to any nonprofit EDs watching, it’s simply a case of “art imitating life.”

Good Executive Directors must have a broad set of skills that are often contradictory. For example: they must be proficient at engaging both their clientele (often disadvantaged people) and their donor base (often advantaged people). They must be equally deft at speaking publicly and confidently about their organization and also at listening attentively. They must be well-versed in managing both people and finances. And while it's anticipated that they be “true believers in the cause,” they are also expected to be pragmatic. It’s an exhausting list of dichotomies. And true, CEOs have similar requirements, but they also often have the funding for a fleet of C-suite professionals under them to help shoulder the burden.

2. BECAUSE FUNDERS ARE FICKLE.

Vu Lee, an NPO ED and blog writer of Nonprofit AF, recently likened the job of an Executive Director to the Greek myth of Sisyphus, “pushing the fundraising boulder up a hill.” And he’s not wrong. Ask any ED and they’ll tell you that one of the hardest parts of the job is fundraising. There are lots of generous people and foundations out there willing to give money to worthy causes; however, very few give without stipulation. Most gifts, especially the large ones, are earmarked to specifically support new projects. And while that’s great, and capital campaigns are designed to do just that, what most EDs would really love is for people to simply to give and let management determine how to use it and where it is needed most urgently. (And don’t get EDs started on the grant submission hoops they have to jump through, even for a relatively small sum of money.)

It’s hard enough to simply acquire the money, but additionally, there’s an assumption that if you’re not spending it you’re clearly not helping enough people. Charity Navigator, for example, uses this calculus as one of its main criteria to rank organizations. But dollars spent isn’t the only metric by which to measure impact (nor should it be), and the simple act of spending money doesn’t signify how well an organization is run or how many people it’s actually helping.

If it makes you feel any better, EDs, we think of you more like another character from Greek mythology: Hercules.

Every reward has its price, it’s unwanted concomitant--“the flipside,” if you will. For the genie in Aladdin, the price of “phenomenal cosmic power” was the lamp (“itty bitty living space.”) For EDs, the price of having significant control over their organization is having to pander to a Board of Directors. Don’t get us wrong, we love and appreciate board members--people who selflessly give their time, talents, and often treasure to help serve organizations. But the reality is, you can’t please everyone. And trying to satisfy an entire board can mean attempting to placate, in some cases, up to 50 people, all with different goals, perspectives and temperaments.

As Peter from Office Space noted, “Bob, I have eight different bosses right now … That means that when I make a mistake, I have eight different people coming by to tell me about it. My only real motivation is not to be hassled.” And in truth, it takes just one “hassler” to make an ED’s life particularly challenging (see an earlier blog of ours for more details on this.)

4. BECAUSE FINDING AND KEEPING GOOD EMPLOYEES IS TOUGH.

If you read a job description that said outright that you’d be asked to do a job that would require you to work more hours and take on more responsibilities all for lower pay and less benefits than the private sector, would you take it? Pretty much everyone who works at a nonprofit does just that.

Why? Good question. For many, it’s because they believe strongly in the cause, and they know that their work makes a difference in the lives of so many people. But finding good, skilled, diligent workers, willing to take on the burdens of nonprofit work at the expense of more personal benefits is a bit like finding true love, tickets to Hamilton, or Kanye West being humble: it’s rare!

EDs are looking to find these “diamonds in the rough” every time they go through the hiring process for new employees.

Believe us, we know! That’s why Envision is there to help EDs and organizations with the arduous task of finding (and hopefully keeping) good talent.

5. BECAUSE MANAGING IN THE UNKNOWN IS HARD.

There’s a saying that goes, “We do not fear the unknown. We fear what we think we know about the unknown.” Um, most EDs would beg to differ. They just fear the unknown. Period. Why? Because while all businesses operate with some degree of uncertainty – a fluctuating stock market, ever-evolving tax laws and government regulations, to name a few – in the private sector, the marketplace is still (generally-speaking) a meritocracy. If you make a better widget, chances are, you’ll be successful.  But nonprofits are completely at the mercy of all the aforementioned variables as well as the changing political climate and the generosity and liquidity of their funding sources.

This instability means not knowing if orgs can keep their current staff or programs, much less grow them. And planning for the future becomes a secondary concern to simply keeping the doors open, now.

For all of these reasons, and so many more, it’s not hard to understand why the burnout rate for Nonprofit Executive Directors is at an all-time high. Recent studies predict that two thirds of all EDs will step down or retire in the next 5 years.  Executive Directors are stretched too thin, and they’re tired. But to those of you who are in the trenches, fighting the good fight for the betterment of your communities: we see you, we’re here to support you, and sincerely, we appreciate you.

Are you well suited to wear the many hats of an Executive Director? See what’s available by checking out our Current Searches.

Looking for a Hercules to run your organization but don’t know where to start? Hire us to conduct your Search.

Afraid of the unknown for your organization? Consider hiring us for Strategic Planning or Coaching. 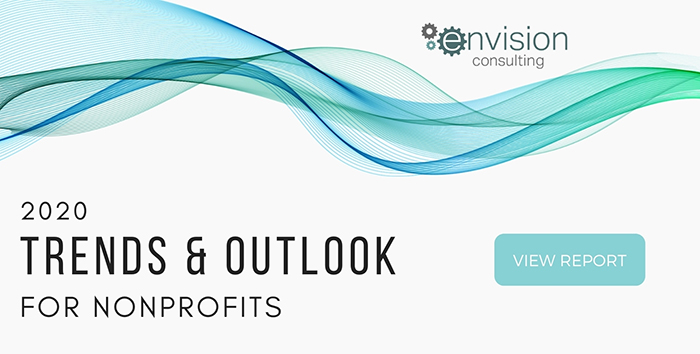