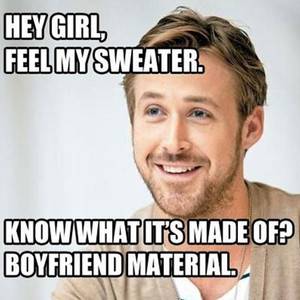 “You must be exhausted. Because you’ve been running through my mind all day.”

We’ve all heard them before. At a bar. At a frat party. Heck, maybe, if we’re being totally honest with ourselves, we’ve even used one before (you know, when we were 20, drunk, and our hormonal urges superseded originality.) Bad pick-up lines. Pick-up lines are intended to spark interest and endear someone to begin a conversation, if not a relationship, with you.

But more often than not, what is intended to be funny or intriguing ends up just being weird, annoying or even downright offensive. The same rules of engagement that we apply to our personal relationships can be attributed to fundraising. After all, what is the goal of fundraising? To develop relationships. To intrigue people to care about your organization enough to give money to it. Repeatedly in the best cases. So, as you set out to court your next donors this season, we’ll share the good, bad and the ugly.

When was the last time you went out with someone who begged you for a date? Desperation is not a good look in prospective partner, and it’s not an effective tool for fundraising either. If you’re trying the, “if you don’t go out with me, I’ll die” approach, the likely response is going to be either: “not my problem,” or “maybe that’s for the best.” Nothing is more appealing than confidence. Donors want to see that the people running an organization have faith in their company and a solid operation plan.

PRO-TIP: Accentuate the positive and show your impact. Sell people on what you have to offer—more specifically, what tangibles their donation is going to fund--not on what they or you will lose if they don’t give.

In full disclosure, as we’re writing this, we may be drinking coffee out of travel mugs that we got for contributing to a certain unnamed fund drive… But you know what we’re not using? The little desk calendar with boxes too small to write in, the return address labels with cheesy smiley faces on them, or, and this is our favorite, the nickel pasted to the donation card that I got in the mail. Think of it this way: in a relationship, would you rather be with someone who shows their affection by showering you with cheap trinkets or demonstrates their devotion with a deep commitment to building a strong foundation and lasting partnership?

PRO-TIP: As much as you think people love “free stuff,” the reality is that people would much rather see that their donations are going to fund the valuable work of the organization, not to funding cheap “gifts” you might send them.

Sure, when you go on a date, you want to learn about the person, but being bombarded with an incessant barrage of their categorical achievements from birth to the present is as off-putting as a generous dousing of cheap cologne. If you send an 18-page mailer, chronicling your organization’s backstory, endless list of achievements, and countless charts and graphs of empirical data, your potential donors aren’t going to be inspired to join your cause. In fact, they aren’t likely to get past the first page, much less send you any money as a result. Direct mailers are proven to be an effective tool if used wisely. Carefully select the powerful stories you want to share and a specific “ask” that will motivate potential donors to send back money.

PRO-TIP: Show people you care about them and their perspective. Instead of sending generalized mailers, consider segmenting your communications so that volunteers, current and prospective donors get different, tailor-made messages.

4. “Do you have a minute for the environment?”

True, turning someone down for a date is a lot harder (and more awkward) in-person than just, say “swiping left.” However, we’ve never met anyone who appreciated being approached outside the grocery store with a petition to “save the whales” or “bring back pudding pops”—even if it’s a cause they care about (let’s be real; pudding pops are delicious). But truthfully, we just want to get in, buy our US Weekly and jumbo bag of cheese doodles and return to the comfort of our couch without incident.

PRO-TIP: Know your donors. Find out how your patrons like to receive their information, direct mail or email? If they tell you they’d rather just be accosted while they’re running errands, we stand to be corrected.

You don’t need to have watched a (okay, every) thriller movie involving obsessive teenagers to know that no one likes to be stalked. People need space to breathe, to process, even to miss you a little bit. It’s tempting to want to incessantly remind your donors that you’re out there and still in need of their support, but try to remember to “play it cool.” If someone has already given a recent donation, don’t hit them with successive email requests, asking them to give again (and again). And if you’re sending someone a thank you note for a donation, it’s in poor taste to put a reply envelope inside, just in case they want to give more. Also, be sure to communicate with donors when you’re not asking for money. The only thing worse than a stalker is a person who only reaches out to you when they need something from you.

PRO-TIP: To avoid repeat asks for money, consider setting up an option for monthly giving. This is a time-tested effective strategy. Many people would rather give several smaller payouts over time than a larger lump sum, and organizations benefit from the steady monthly income stream.

So, why don’t pick-up lines work? Because overused, insincere, unoriginal gimmicks don’t lead to successful, long-lasting rapports. What people are looking for in relationships is honest connection. They want someone who offers added value to their life. People want someone worth investing in.

Your donors want the same thing.

Pick up lines worth swooning over:

I only date people with nonprofit jobs. See who we're hiring for in Executive and Supported Search.

Hey  you, we've got a big, juicy strategy plan we want to create for you. Learn about our Strategic Planning process.