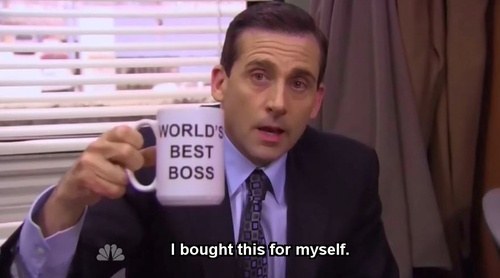 Organizations spend a lot of time on job descriptions. TOO MUCH time. In any given five-page job description, there are countless hours spent scrutinizing whether someone should “lead” an effort or “manage” it. There are never-ending arguments about bullet points vs. paragraphs. How much contract experience should be required? Should we describe our workplace culture or beef up the qualifications? And which Master’s degree should we require? (Hint: probably none) But for all of the scrutiny and effort we put into categorizing job duties, wording compensation breakdowns and setting up arduous requirements, we seem surprised when we end up with candidates who look great on paper, but fail utterly as leaders.

Why is that? Resumes highlight great careers, key accomplishments and education requirements, but don’t tell us how candidates got there. And usually, there’s an ugly truth lying just beneath the surface: we’re cultivating a dangerous void in soft skills, and it has created an army of robots who don’t have the skills necessary to actually perform in critical roles.

But “soft skills” aren’t real anyway, right? Our fellow recruiters would have you believe that soft skills are just fluffy nonsense created by the nonprofit sector to keep the always-more-qualified for-profit candidates out. But there’s a method to the madness. Culture is key to any workplace function, so how do you know if someone doesn’t have soft skills? Here’s how to spot the warning signs:

No one likes to hear criticism, but this person takes it to new heights. While it’s normal to get a little defensive at first and absolutely OK to take a moment to reflect on negative feedback, this person has never met a criticism they’ve accepted. The key difference for people who can’t take criticism shows that not only are their active listening skills lackluster, but they’re missing out on clues to how they're perceived. AND THAT’S BAD. It proves they’re not committed to their own growth or don't value the relationship with the person giving the feedback (you, we’re assuming).

Warning sign: Does the thought of giving this person criticism make you break out in hives? If you fear anger, questions dodging your observations, or are bombarded with blame for their subpar performance, then consider it a clue.

A man on the moon. Stay-on lipstick. Paying for iTunes. All things were not believed to be possible, but it took risks to make it come to fruition. The ability to take calculated risks is not an innate characteristic, it’s a skill acquired through decision-making processes that improve with practice. But this person always has a reason why the new idea won’t work. And look, not all ideas are good ones; but if it’s a pattern, it signals a leader who is too afraid to take risks or doesn’t know how to calculate it.

Warning sign: Ask them for their out-of-the-box ideas on how to cultivate new donors in next year’s fundraising efforts. If their idea is to change the font or design of your annual appeal and nothing else…need we say more about your square leader?

Let’s face it, office politics exist. But maybe your leader is so busy taking selfies and meeting the Mayor that they “don’t have the time” to actually lead the team. The true skill doesn’t lie in politics; it’s the ability to understand how it works and who influences it. Office politics come down to one thing: influence. Great leaders captivate the inner circle and get recognized for competence and the ability to manage interpersonal relationships.

Warning sign: If your leader spends a lot of time on Twitter talking about how great they are, but there’s a constant overturning of staff, or the office culture is referred to as “toxic,” you might have a problem.

Is it possible to fail at failing? For this person, they live through their successes, and can’t remember the last time they failed. But it’s not so black and white. Mistakes and failure usually lead to both innovation and success. Leaders who have a fear of failure will sabotage every project that involves risk and without knowing it, they stifle innovation. Without trial and error, leaders remain stagnant, predictable and ultimately, become complacent. And so will your organization.

Warning sign: Pick your leader’s brain about a time when they failed. The failures will be minor at best, invisible at worst.

Need help looking for a leader with stellar soft skills? We do nonprofit executive search.

Have someone in mind that could use some coaching on their soft skills? We do leadership and talent development.

Looking for an organization who could appreciate YOUR amazing soft skills? We’re hiring!